It’s no secret that mining bitcoin consumes an extraordinary amount of energy—in fact, more than the entire country of New Zealand.

Such a level of energy consumption is not only a problem for the existential issue of climate change, but also threatens the sustainability of the entire bitcoin (and crypto) economy. If bitcoin mining becomes too costly from an environmental and economic standpoint, the whole network could have a real crisis on its hands.

Fortunately, miners are doing something about it by leaning into renewables.

There’s a good reason why acquiring BTC requires so much work. | Source: Shutterstock

Satoshi Nakamoto’s introduction of Bitcoin as a peer-to-peer electronic cash system in 2008 set off the next 10 years of innovation in distributed technology and cryptocurrencies. If it weren’t for bitcoin, we probably wouldn’t have ICOs, STOs, crypto exchanges, and CryptoKitties.

The reason bitcoin was so revolutionary was because, for the first time in internet history, reliance on third-party intermediaries (banks) to validate transactions between entities was eliminated.

Bitcoin is often compared to gold because, like the precious metal, there is a limited number of bitcoins that can ever be created, and acquiring bitcoin requires a significant amount of work.

Hence, the term “proof-of-work” (POW), referring to Bitcoin’s block validation process wherein miners must compete to solve an incredibly complex math problem. The first to solve the problem earns bitcoin as a reward for performing this essential function for the network.

The Cost of Bitcoin Mining

As long as the economic incentive exists, there will be plenty of miners to keep the network chugging along. But the network could be in trouble if bitcoin’s value plummets at the same time the cost of mining increases.

The fluctuating price of bitcoin places more weight on the cost of mining, which has risen in-line with the expansion of the network (the more miners there are and fewer bitcoins available, the tougher the competition and more work necessary to acquire bitcoins).

A recent CoinShares report found that bitcoin mining consumes about 4.7GW of power every second, roughly 2.2TWh more than the country of New Zealand. The comparison illustrates the level of Bitcoin’s energy consumption problem (no small matter).

Other POW blockchains, such as Ethereum, aim to address the issue by switching to proof-of-stake (POS) systems; however, there has been debate as to whether (POS) is truly as secure or decentralized as (POW), which has been challenged and survived since its inception. POS, on the other hand, is still a very new concept.

CoinShares CEO Ryan Radloff recently expounded upon the benefits of bitcoin (BTC) over other cryptocurrencies, saying that “BTC is a better and more resilient base layer than Ethereum.”

If Radloff is right in his estimation that bitcoin is the holy grail and all other applications enabled by the underlying technology are essentially “[by-products] of a successful monetary base,” then it’s incumbent upon the Bitcoin network to sort out a way of sustaining itself, or the entire crypto industry could be in jeopardy.

This is where the importance of renewable energy comes into the picture.

Renewables to the Rescue

There is an opportunity for regions rich in hydro, wind, and sunshine to leverage these energy sources to their advantage. | Source: Shutterstock

CoinShares’ biannual mining report shows that 74 percent of the power on the Bitcoin mining network comes from renewable energy sources, “making bitcoin mining more renewables-driven than almost every other large-scale industry in the world.”

By embracing renewables, bitcoin mining lessens the environmental impact, while also improving the economic viability of the Bitcoin network as a whole, as many renewable energy sources are now more affordable.

Hydroelectric power comprises the primary renewable energy source for miners, particularly in Southwest China, the Caucasus, Scandinavia, and the Pacific Northwest. Wind came in second according to the study, with solar-powered mining operations still relatively rare.

There is an opportunity for regions rich in hydro, wind, and sunshine to leverage these energy sources to their advantage. For example, some mining operations are looking to build facilities in various African countries where high electricity prices previously made mining cost-prohibitive. Solar and wind-powered facilities could change that.

For any operation reliant on cheap electricity from utilities for peak hours, there is a danger of the Public Utilities Commission (PUC) voiding the contract and putting the mining operation out of business. This risk underlines the importance of peak hours self-sufficiency, which can be achieved via solar power. Solar power may be especially feasible in regions such as Southern California where conditions are ideal for maximum electricity production.

The Big Picture for the Crypto Industry

By embracing renewable energy, bitcoin miners will forge a path towards a more sustainable crypto economy. If we are to have a real chance of preparing for the impacts of climate change, let’s hope other industries follow in our footsteps.

About the Author: Ramak J. Sedigh, CEO of Plouton Mining, has been a life-long entrepreneur across many industries who is bringing his multi-disciplinary talents and track record of success to building N. America’s largest solar-powered bitcoin mining operation in Western Mojave California. Ramak began his professional life in the real estate industry by building a 1900-unit apartment portfolio in the late 1980s. Later, he started, built and sold a successful online tenant screening service with one of the early nationwide criminal databases in the US. Ramak has a BS in Political Science from the University of Houston.

The partially recognized Republic of Abkhazia is planning to build a large cryptocurrency mining farm, the President Raul Khadjimba claimed in an interview with news outlet RiaFAN, published on July 2. When asked if Abkhazia’s plans to create a large crypto mining farm are still valid, Khadjimba said that “unfortunately, there are some difficulties. We […]

United Kingdom bitcoin (BTC) mining operator Argo Blockchain surpassed its own expectations in Q2, the company said in a new report released on July 2.  Argo, which previously said it had benefited from the upturn in bitcoin prices, said revenues would continue to improve over previous estimates.  “The Company now expects to generate 161 BTC, […]

Bitcoin’s upcoming “halving” is bullish for the entire crypto market. Here’s the proof. | Source: Shutterstock By CCN Markets: The old adage “a rising tide lifts all boats” appears to be more applicable to the crypto market than perhaps any other asset class. Need proof? Just look at the resounding impact the looming bitcoin halving […]

A new cryptocurrency-mining botnet has been detected exploiting Android Debug Bridge ports, a system designed to resolve app defects installed on a majority of Android phones and tablets. The botnet malware, as reported by Trend Micro, has been detected in 21 countries and is most prevalent in South Korea. The attack takes advantage of the […] 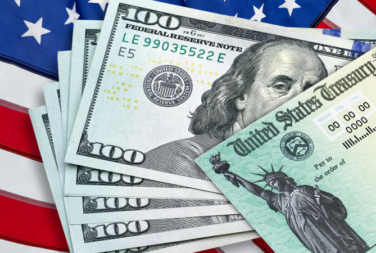